Finnish monks & sustainable forestry – A match made in heaven

The pandemic has taken a heavy toll on the Valamo Monastery’s finances as a significant share of its income is based on tourism. Luckily, sustainable forestry practised by the monks turned out to be the monastery’s saviour.

A majestic white church stands at the end of a road lined by spruce trees. As the sun’s early rays caress the lofty bell tower, the bell ringer summons the congregation to morning service. Inside the church, the scent of taper candles wafts through the air while the monks recite sacred verses. Outside, the monastery cat sprints across the yard. As day breaks, the monks and monastery personnel begin their daily chores. Everyone has assigned tasks, but all of them share a common goal: to carry on the monastery’s legacy.

Valamo Monastery, or New Valamo, is home to six monks and six novices in Finland’s North Karelian municipality of Heinävesi, in the country’s northeast. New Valamo traces its roots back to the Lake Ladoga Valamo Monastery in Russian Karelia and is part of the Orthodox Church of Finland. It was evacuated to Heinävesi in 1940 during heavy action in World War II.

The surrounding forest is one of the reasons the monastery stands in its current location.

“The monastery purchased a large estate where the monks could practise agriculture and forestry,” explains Father Mikael, Deputy Abbot. “Up until the 60s, the monastery’s operation was largely based on agriculture. Then the focus started to shift gradually towards tourism following society’s trends.”

Nowadays the monastery’s accommodation services, restaurant, Valamo Lay Academy and the tranquil milieu make for an attractive tourist destination. In busier times, it received up to 160,000 visitors annually. The monks have engaged in wine production for approximately 25 years, and an on-site distillery began producing whisky in 2015. When the pandemic hit and the flow of tourists diminished, the monastery’s economy was put to test as a large part of its income is tourism-based.

Once again, the forest became intertwined with the monastery’s history by providing a solution to the problem. The Valamo Monastery owns a total of 470 hectares of forests. The monks decided to do what was necessary to secure the monastery’s future and sell part of the wood from their forests. The sales were carried out sustainably in accordance with their forest management plan.

“The brotherhood discussed the matter, and we decided to contact the monastery’s Forest Steward Raimo Asikainen with regard to selling some of the tree stock. This initiated a process to realise part of the forest-tied assets without disturbing the forests’ natural balance,” Father Mikael recounts. 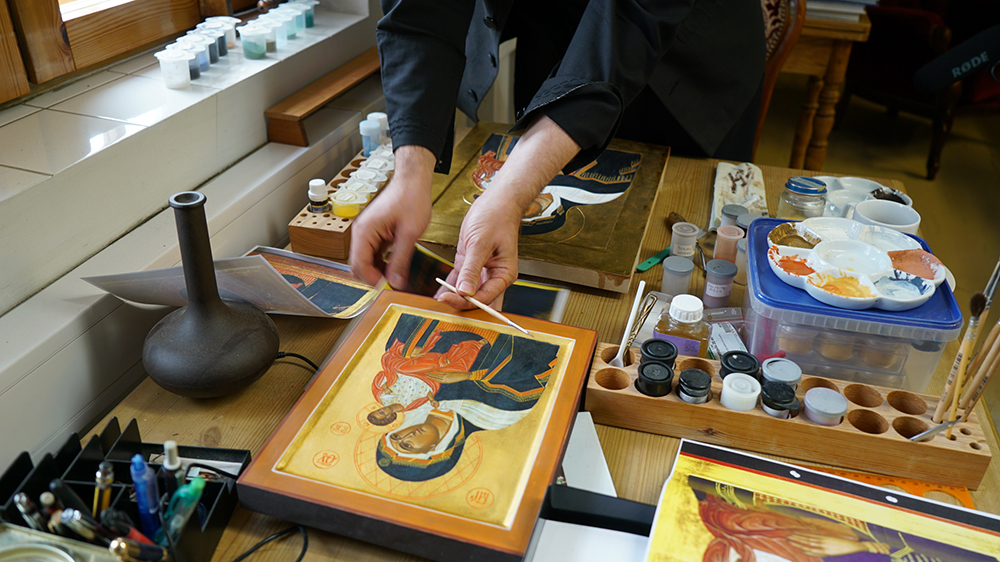 Valamo Lay Academy provides training in icon artwork, for example. In the future, some of the wood used for crafting icons will be sourced from the monastery’s forests. Photo: Ekaterina Chernyaeva

Forestry based on sustainability

After a competitive bidding process, UPM was selected as the monastery’s partner for timber harvesting and sales. As a result, the company carried out two regeneration fellings and a number of thinning operations in the forests.

“It was a turnkey transaction that covered everything from harvesting to planting new seedlings,” says Markku Ahtinen, the Forest Account Manager responsible for the transaction between Valamo Monastery and UPM. “The Valamo Monastery is an excellent partner as its sustainable forestry practices are of exemplary quality.”

Responsibility and valuing nature are the cornerstones of UPM’s sustainable forestry practices.

“Even though we carry out regeneration felling, we always leave sufficient retention tree groups, buffer zones and deadwood volumes to ensure the preservation of natural habitats and biodiversity,” Ahtinen explains. “Correctly timed harvesting, appropriate harvesting equipment and protection of the root system are the basic elements of successful tree thinning operations.”

Valamo Monastery uses natural products for the needs of its inhabitants and visitors and prioritises sustainable forestry. Consequently, both FSC® N003385 and PEFC certifications have been acquired for its forests.

“UPM refines all types of timber, and products made of Valamo’s timber have been sold on both domestic and international markets. There is a robust, growing demand for FSC®-certified timber,” Ahtinen says.

The FSC® certificate requires that a minimum of 5 per cent of the forest area be permanently protected.  Valamo’s forest certification became possible when the monastery joined a certification group of independent forest owners in early spring 2020. Last year, Valamo was recognised by FSC Finland for its ecological, social and commercial forestry practices.

“For the monastery, it is important to let people know that it manages its forests and nature sustainably. That is the reason we acquired the FSC® certificate,” says Asikainen.

Valamo’s forests contain wetlands, deadwood and trees of various ages. Preserving invaluable natural habitats and safeguarding the monastery’s immaterial recreation and landscape values are of essential importance. In connection with the FSC® certification, the Valamo Monastery placed approximately 10 per cent of its forest area under voluntary preservation and special forestry practices. 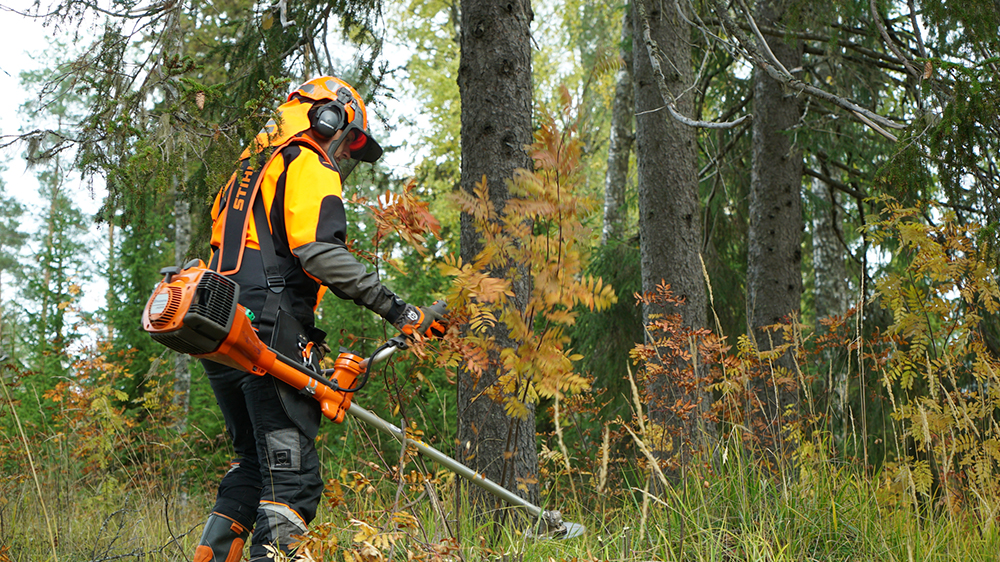 Valamo monks say their silviculture principles are based on the Bible, and the forestry plan includes goals such as facilitating the cultivation and preservation of the forests. However, the monks do not shun tree felling, as long as the forest is renewed – a key aspect of sustainable forestry.

“As man is the priest who protects all creation, our task is to ensure the wellbeing of nature. We preserve the forest where possible and prevent any abuse. This does not rule out utilising the wood resources,” Father Mikael says.

For centuries, the monastery and its inhabitants have lived through difficult times. At the turn of the 70s, the monastery was occupied by no more than four monks, but nowadays the brotherhood is back on its feet.

“The fact that the monastery has outlived far worse crises reassured us of our capacity to handle this adversity as well. The timber sales covered some of the lost income, and our current financial status is stable,” Father Mikael rejoices.

What, then, does the near future hold for the monastery? Extensive felling will not be carried out in their forests for another ten years, at least. However, all sorts of plans are underway.

“We own a 38-year-old curly birch grove which we have started to utilise for crafting decorative items. Our new brand for Valamo’s curly birch products will be FSC®-certified,” Asikainen reveals.

The monastery is also training one of the novices to manage the forests. The new generation is taught the monastery’s traditions and respect for the forest to maintain sustainable forestry principles.

“The legacy of Valamo Monastery may date back up to a thousand years. We must think about the future generations and preserve our long-standing traditions,” Asikainen reminds.