Would you eat bread with bark in it? Foods derived from forest products have long been used to supplement human diets, particularly in times of scarcity. Could they help improve food security in the future?

Each morning at the Ämmän Leipä bakery in Kainuu, eastern Finland, bakers bustle around preparing the bread for the day. Flour is sifted and dough is kneaded to make customer favourites like maalaisleipä (sourdough) and rieska (Finnish flatbread). But for one product there’s an unlikely ingredient: tree bark.

Pettuleipä, or 'bark bread’, is made by removing the outer layer of bark from pine tree trunks. The inner layer—known as nila—is shaved into thin strips, dried by heating it in the oven and then ground into a powder called pettu. The Samí people of northern Scandinavia have long integrated ingredients from pine, spruce and birch trees into cooking. In Finland, pine bark flour became particularly important during a period of famine at the end of the 17th century, when there wasn’t sufficient flour to make bread. (Hungry people would also eat wood chips, lichen and moss bread.) Wartime rationing in the 20th century saw cooks once again supplementing their flour with bark.

Today, at Ämmän Leipä, bakers make pettuleipä out of a nod to tradition, rather than scarcity. It is made using rye flour and is around eight percent bark powder. Arto Jäske, the owner, has been baking the bread for almost 30 years, after the recipe was passed down from his family. While the bakery’s pettuleipä has proved popular at events and markets, and with tourists, it is not for everyone—Jäske describes the taste as similar to eating rye bread before “biting off a mouthful of pine bark” from a tree. Ämmän Leipä also sells unleavened bark bread and blueberry dry bark bread. 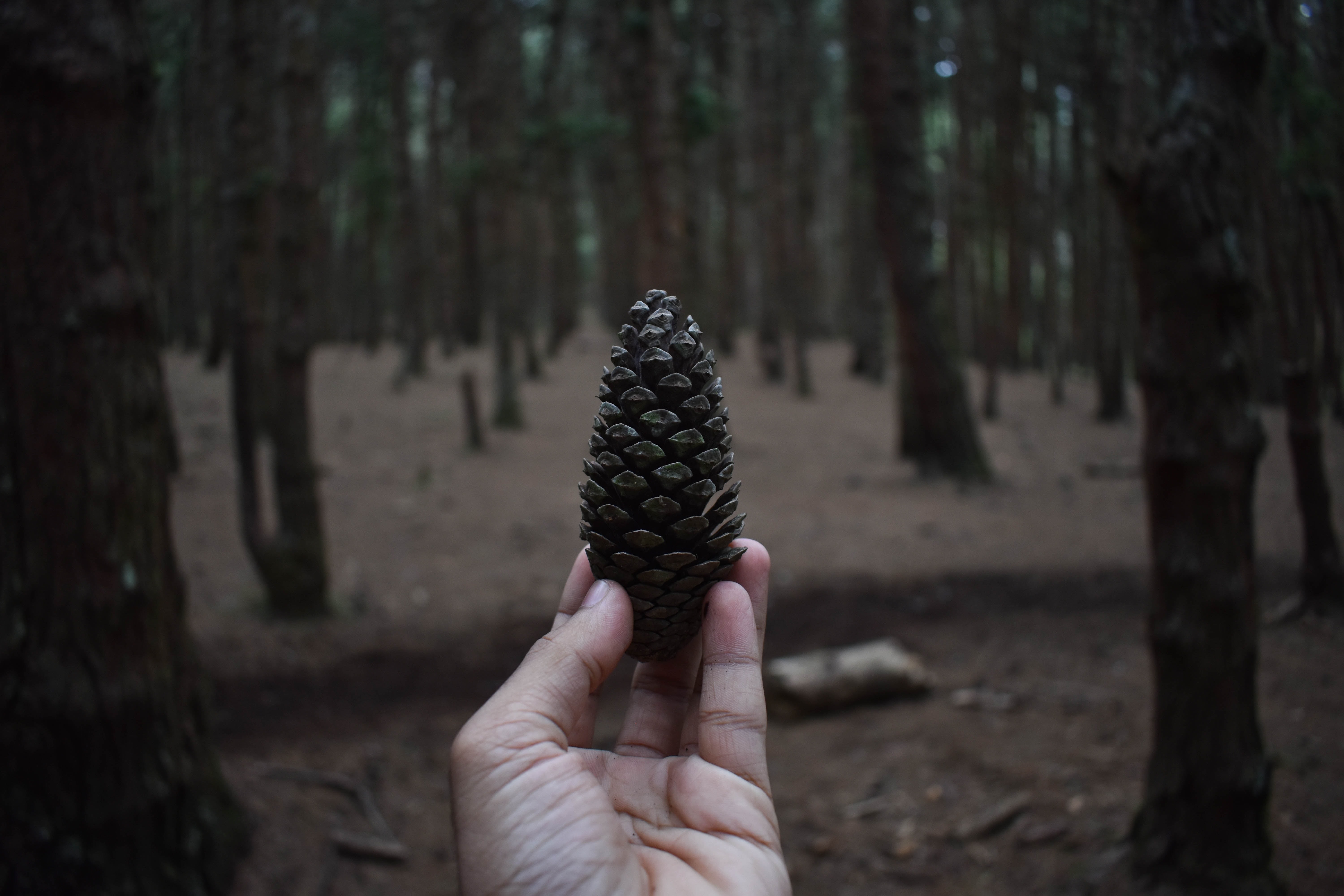 For hundreds of years, humans have looked to the forest for food. Photo: Ankit Manoharan, Unsplash.

The use of edible forest products is not as unusual as it might seem. Fruit from trees has been a staple for millenia and there is evidence that humans ate apples in the Neolithic period. Wild berries and mushrooms are also a common staple to this day in areas of Scandinavia, North America, Russia and the Far East. Maple sugars and syrup, derived from the sap of maple trees, formed part of the diets of indigenous people in northeastern North America. Today, regions like Quebec and Vermont remain famous for their maple syrup, sales of which contribute significantly to the local economy. Brazil nuts, which cannot be grown in plantations and must be harvested from wild populations, are the most valuable internationally traded forest product in the world.

Like tree bark in Finland, forest foods have historically played an important role as emergency sources of nutrition in times of hunger. Many societies have scavenged for fruits and nuts during lean periods. Tree roots, though they take a long time to cook and prepare, are highly calorific. The roots of the baobab tree, which grows across Africa, have frequently been boiled and eaten during famines. Trees and shrubs can also provide crucial 'fodder’ for livestock, particularly during dry seasons when the nutritional quality of grass crops is greatly reduced. 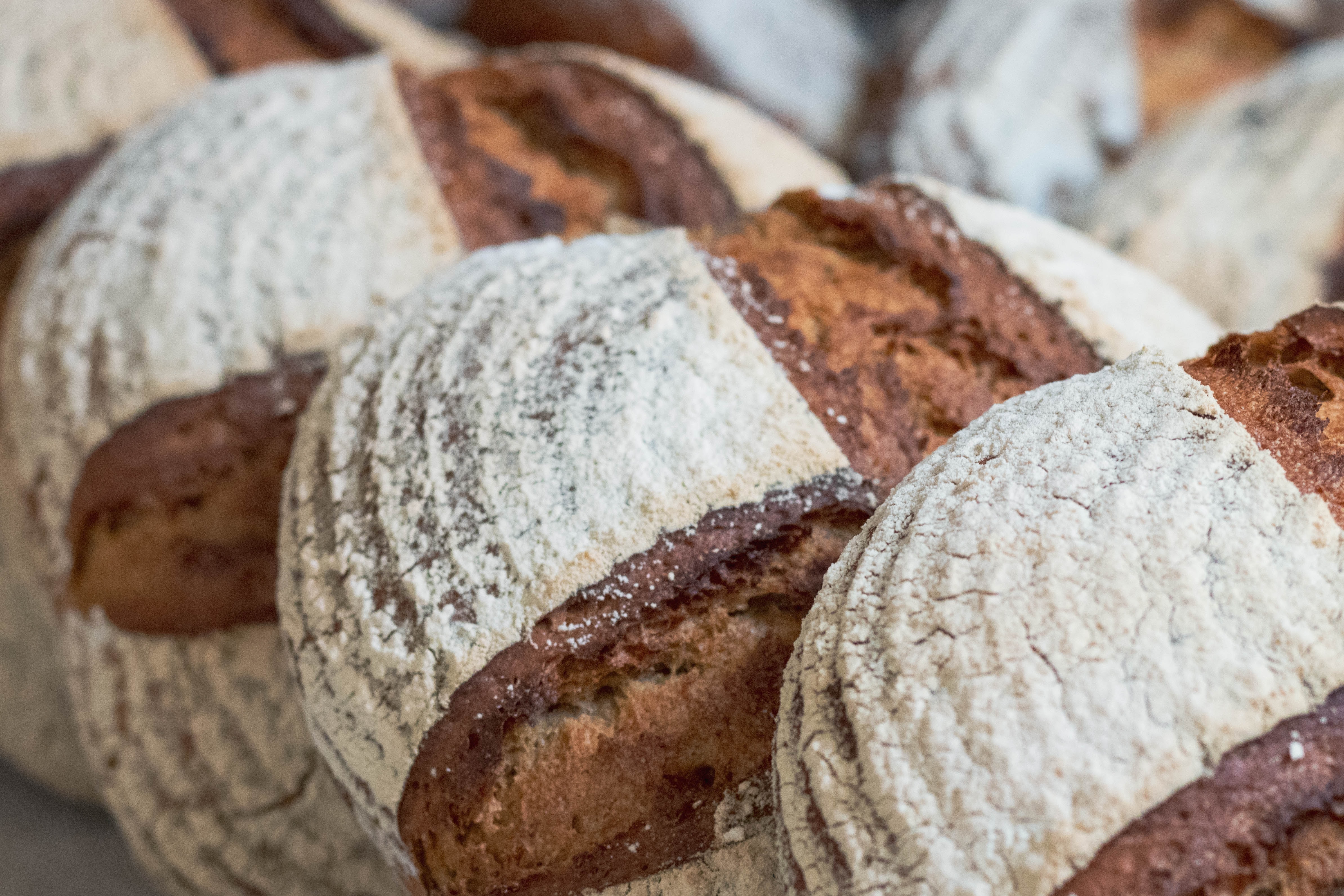 Would you eat bread made from tree bark flour? Photo: DDP, Unsplash.

The global population is expected to reach nine billion people by 2050. Such numbers will place unprecedented demands on the world’s food supply, and the need to produce nutritious food at scale will become ever more pressing. This will be layered on top of increasing threats from climate change, making it critical for food to be produced in a sustainable and environmentally healthy manner.

Forests can play a meaningful part in meeting this need. In a paper presented to the International Conference on Forests for Food Security and Nutrition in 2013, researchers noted that the “potential for forest foods to contribute to food security and better nutrition as elements of sustainable diets is largely untapped”. Though constraints on space and time mean that grain crops, like wheat, will continue to be used, forests can complement more conventional farming methods.

One way this can be achieved is via agroforestry, which is when trees or shrubs are grown among other crops. But stand-alone forests increase food security, too. Large-scale crop production is particularly vulnerable to extreme weather events like hurricanes or droughts, which will become more frequent as climate change worsens. Forests can help protect against this risk in a variety of ways: by mitigating climate change through the absorption of carbon; by protecting waters and soil, and harbouring pollinating insects; by providing food that contains a wide range of nutrients and minerals; and by offering a safety net for if crops fail. “We know that forests already play a key role in mitigating the effects of climate change,” says Christoph Wildburger, a coordinator for the International Union of Forest Research Organisations. “They also play a key role in alleviating hunger and improving nutrition.”

So, while bakeries in Finland and maple syrup companies in Canada are keeping tradition alive, it seems that foods from forests could also play a large part in our future, as well.