About deforestation and forest fires

What do you think when you see a picture like this? Do you assume that this is about a wildfire or deforestation? Even though forests can be burned for another type of land use, these two topics are opposite. Fires are a part of forests’ natural dynamics, and thus, they can also be a mean to promote biodiversity.

Singapore has suffered from smog caused by large-scale forest fires in neighboring Indonesia. The situation is also being monitored closely at UPM’s Changshu paper mill in China, which serves customers throughout Asia, including Singapore. UPM Changshu offers its customers local eco-labels, one of these being the Singapore Green Label. The label is granted only to paper producers committed to a “no burn policy”, meaning a producer who does not practice uncontrolled forest burning as part of their forestry. We, too, are committed to a no burn policy, but we endorse small-scale controlled fires for biodiversity reasons.

Forest fires are often blamed for deforestation. This may indeed be the case with slash-and-burn farming or illegal actions to burn forest for other uses, which are unfortunately common in areas of special biodiversity value, such as Brazil, the Amazon region or Indonesia. On the other hand, forest fires are part of natural process and regeneration of forests. Climate change has exacerbated the problem by causing lengthy droughts and wildfires of ever-increasing scale, such as those recently witnessed in Australia, California, Canada and Portugal. Then again, similar calamities have also occurred closer to home: just a few years ago, Finland sent troops to help Sweden put out wildfires that occurred widely across the country.

As small-scale fires are a natural occurrence in forest ecosystems, and their effects disappear over time if the forest is allowed to regenerate. However, a rampant, raging fire can cause considerable destruction to both nature and human communities. Regardless of what caused the fire, and what happens to the forest after the fire, there is a common denominator: some of the carbon bound to the forest is immediately released into the atmosphere. If the forest grows back, the carbon will re-bind to the trees. But if the use of the land changes as a result of deforestation, the carbon stock is permanently lost. 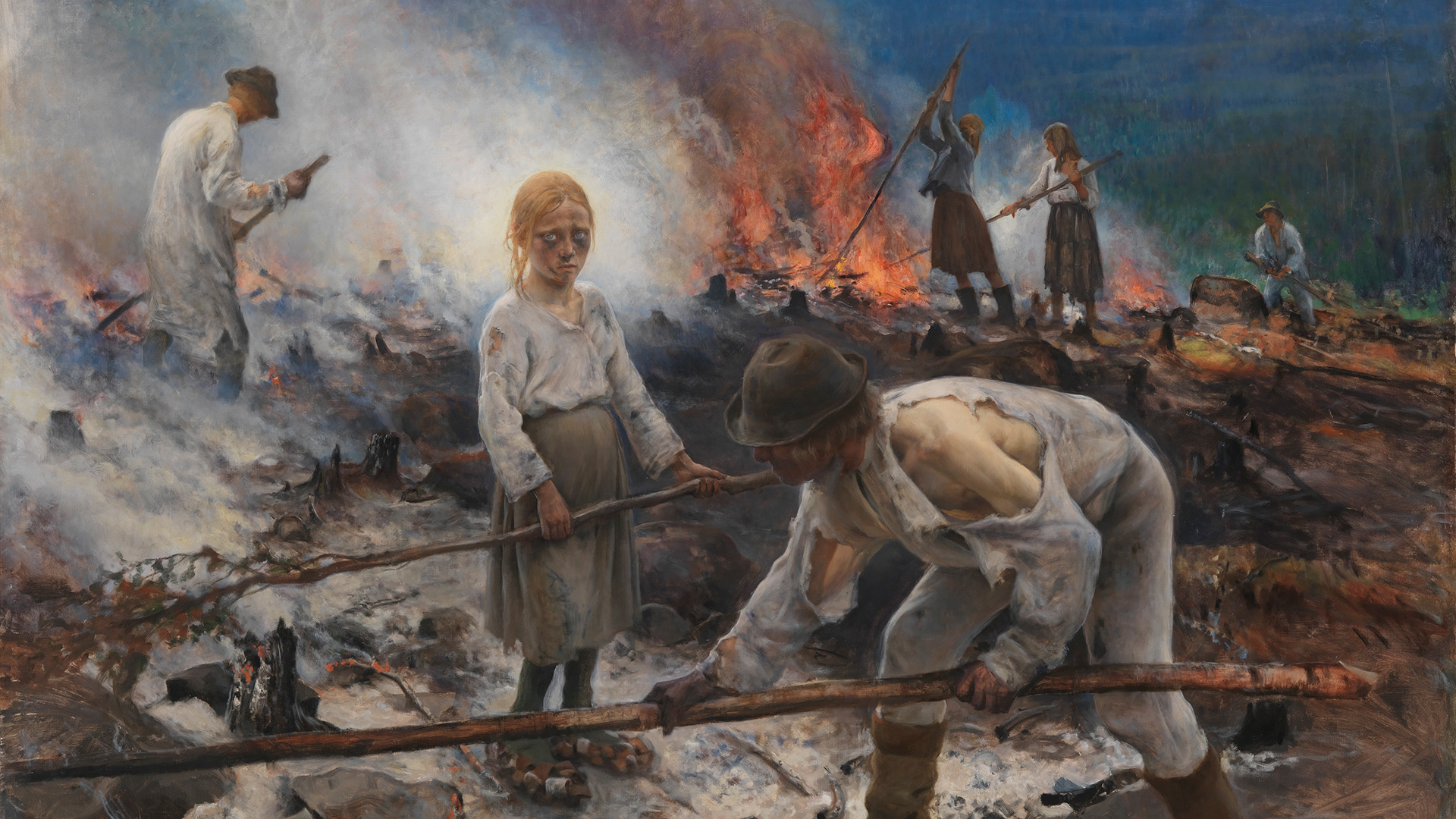 One of the great masterpieces of Finnish art history, Burning the Brushwood by Eero Järnefelt (1893), portrays a time when slash-and-burn farming was a widespread practice in Finland. Today, this is no longer the case. Finnish forests hold significant economic value for their owners, and so Finland has been spared from large-scale forest fires resulting in deforestation and depletion of carbon stocks. This is great news from a global perspective, of course, but locally it poses a threat to biodiversity. This is because the long-term suppression of forest fires is a challenge for forest species that depend on burnt wood.

Ideally, species dependent on burnt wood, such as the false darkling beetle (Phryganophilus ruficollis) or the black fire beetle (Melanophila acuminata), will begin appearing in the burnt area before the fire is even completely extinguished. To promote biodiversity, Finnish forest certification systems therefore require a certain amount of controlled burning to ensure that there is a sufficient amount of burnt forest to support species that are reliant on such habitats.

The issue of forest fires, then – like life in general – must be viewed in relation to the bigger picture.  Forest fire does not always mean deforestation. On the contrary, sometimes it can be good for the nature.